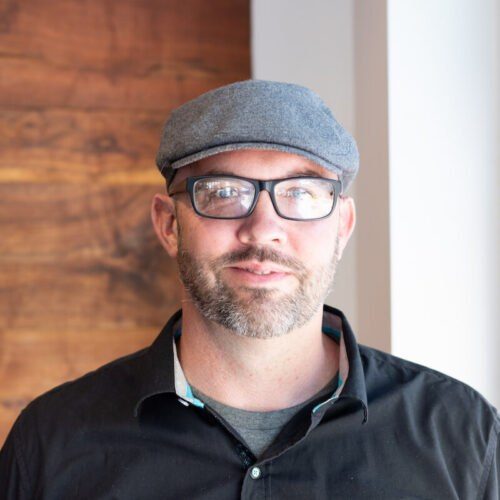 A good summary of the content and groups I’ve worked with can be found here, dancrain.org.

I have sensed the Spirit’s leading into racial reconciliation ever since being exposed to the reality of racism while at Grand Rapids Theological Seminary in 2006. My first mentor, Dr. Reggie Smith, an adjunct professor at the school, who’s African-American, pointed me to Divided by Faith, the work of Dr. John Perkins, Christian Community Development Association, and many other resources. I did a research paper on how Christ broke down the dividing wall of hostility between the Jews and the Gentiles from Ephesians 2, and as I did, I fell deeply in love with a God that longs to reconcile all things in his son, Jesus Christ.

I was later exposed to Polis Institute’s Serving with Dignity and the need to live out a dignified interdependent relationship with those different from us. It was through this training that Christ made it very clear as a white man coming from majority culture that I was to be a learner more than a teacher, particularly in the world of racial reconciliation. The words of author Donald Miller resonated with what God was doing in my heart, “Be careful of a white guy with a masters degree, because he thinks he knows it all.” I have been facilitating this training in the majority white church for over ten years and have had a lot of success in coaching the church into racial, cultural and economic diversity.

It was the Dignity Serves training that opened up a lot of doors for me to talk about race within majority white churches, as one of the organization’s lessons pressed deeply into racial and cultural differences and how the Gospel breaks down these barriers.

In 2015, I burned out from ministry and realized that was as a result of a lot of unhealed wounds in my soul, which Christ was inviting me to look into. The result of this healing is the discipleship training, Loving Freely, which I have put together. I firmly believe that in order for us to be honest about reconciliation, we must allow this to happen in ourselves first and be honest about the ways in which culture has shaped us.

In 2018, a group of men journeyed deeply into the racial history of our country and its impact upon ourselves through Latasha Morrison’s curriculum at Be the Bridge. I’ve done coaching and training for Latasha and Be the Bridge on cultural intelligence and understanding what whiteness is.

In January of 2020, I joined the OneRace Movement to work under Josh Clemons as the Director of Groups and Mobilization. It’s my heart to equip people to read the Scriptures through the lens of racial reconciliation, pray deeply about the demonic forces of racism in our city, read books written by leaders of color that dive deep into the history of our country and church, and make small, spirit-led, intentionally organic steps towards being the church God intends it to be. Josh and I have been writing content around the OneRace Transformational Model of Know the Story, Own the Story, and Change the Story.

Karen Loritts
Core Leadership - Dare To Hope
Dan Crain lead and taught several equipping sessions regarding the history of African Americans and their impact on our country. I was thoroughly impressed with Dan's passion for race and reconciliation that reflects and represents the Lord's mission. The resources he provided the classes were professional and authentic. There are several from our church team that continue to utilize the teachings taught by Dan. He has a wealth of knowledge laden with love and compassion. Dan will provide godly leadership, enthusiasm and wisdom to those he coaches.
Josh Clemons
OneRace Executive Director - OneRace Movement
In regards to racial justice and gospel centered reconciliation, Dan Crain is one of the most competent leaders I know. I am proud to say he is a member of the OneRace team and the kingdom impact he is making in the world. This work isn't just a gig or a stop along the way to something else. No, this is Dan's life's call and will definitely define his legacy. I am proud of this brother. I count it a joy to serve with Dan, and to heed such a prophetic voice.
Rob Irvine
Outside the Walls Pastor / Church Planting - Cumberland Community Church
“We’re in part of town that is being quite gentrified and we as a church had to make a decision are we going to walk into that profit of gentrification or are we going to love and serve the people that are pushed out. We made a hard and difficult decision to move with our neighbors. Because through Dignity Serves and the concept of dignified interdependence we have been working with people. We have given up doing things for people, but we have developed a community that is with people in the everyday trenches of life and so when our neighbors are pushed out, we are going to go with them. The Lord used Dan Crain to help us think differently about how to love and serve our community.
Justina Dix
Executive Director - Summerhill Community Ministries Inc.
Dan has dedicated his life to shine a light on the responsibility of the church to own and change the story of racism. Dan has spent years listening, and lamenting with people who have shared their stories of racism, injustice, and inequality. Dan shares the effect of racism, and helps to see the direction we should go in, to deconstruct racism. I wanted Dan to be a part of our village to encourage, empower, and equip our youth in Atlanta. Dan spoke to our youth who had concerns about social justice and racism in our country. As our youth learn more about their history, they hope to be a part of positive change for the future. Dan has shared words that have impacted their desire to do this. Dan teaches pastors, leaders, and Christians to love others while also receiving from others. Dan taught his "Loving Freely" series to our staff and volunteer team. Dan has connected us with resources and partnerships that have been a great help to our mission. Dan would be a great asset to RJUC!

Director of Groups and Mobilization
OneRace Movement - Atlanta
January 2020 - Current
I work with groups of pastors all around the city of Atlanta mobilizing them into the OneRace transformational model of Know the Story, Own the Story and Change the Story. I write content with the Director of OneRace around this model.
Community Faciliator
REMERGE - Atlanta
January 2016 - January 2019
In charge of building out the Community of Reconcilers network in Atlanta and training and equipping the majority white church with the training, Serving With Dignity. I also developed my own discipleship curriculum, Loving Freely.
Serving with Dignity Trainer
Polis Institute - Atlanta
January 2010 - December 2015
Training majority white churches around cultural, economic, and racial reconciliation with the Serving with Dignity training.

My own resource page directed at the majority white church to help them into the work of racial reconciliation. It's basically everything that's been helpful to me since I was exposed to the issue in seminary in 2006.
Loving Freely

My own discipleship curriculum I've been developing since 2017.
OneRace Movement Blogs

Courses that I've been writing with the Director of OneRace.